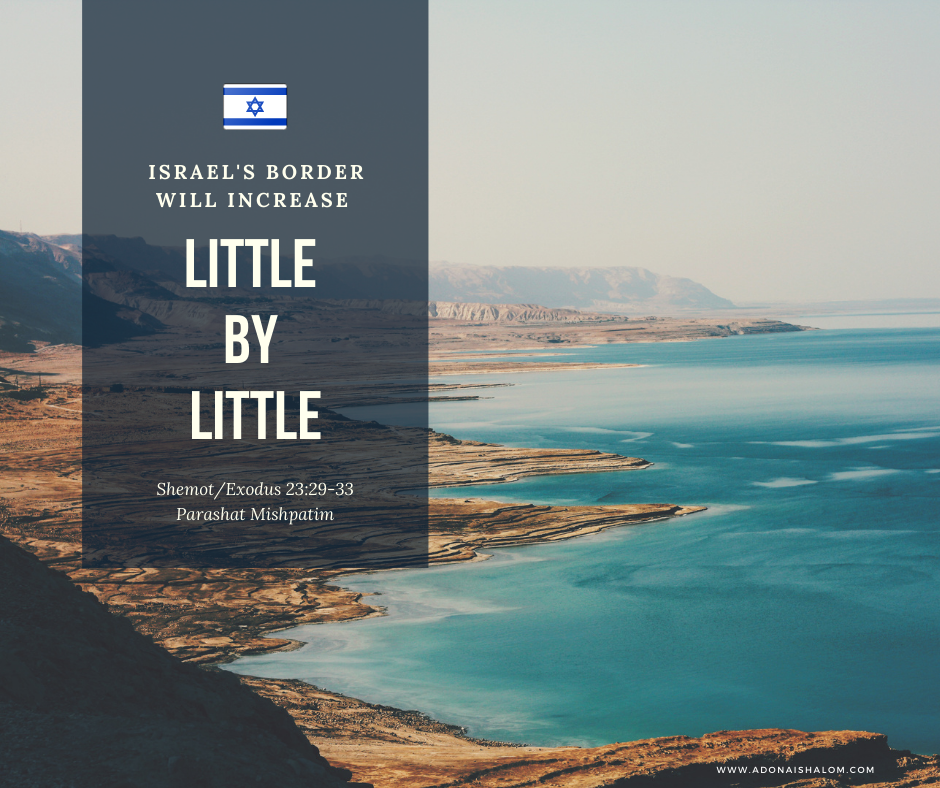 The nation of Israel is truly flourishing. The land is prospering! Deserts are blossoming, becoming lush and full of greenery. Israel is an agricultural marvel and nations around the world are beginning to take note of their agri-tech. This really is no surprise to anyone familiar with the Scriptures:

The wilderness and dry land will be glad.
The desert will rejoice and blossom like a lily.

Israel has also become a major global contributor in the realm of medicine, developing treatments and conducting significant vaccine research during the ongoing Covid-19 pandemic. The tiny nation of Israel has been able to accomplish all of this, through the blessing of the Most High, despite being

Little by little, that special star on Israel‘s flag is shining brighter and brighter and it is becoming more difficult for the rest of the world to ignore.

Israel’s determination reminds me of one of my favorite childhood stories: The Little Engine that Could! No mountain is too high, no obstacle too complex. A way will be made where there seems to be no way and the nations will stand amazed.

With the odds stacked against them, Israel remains victorious and no one will ever extinguish the Light.

But it has taken time. Just like Rome wasn’t built in a day, neither were the skyscrapers in Tel Aviv. The successes at Golan Heights, too, took time, but serve as an illustration of the promises Adonai has kept that He made to Israel in Exodus/Shemot 23:29ff:

“I will not drive them out from before you in a single year. Otherwise the land would become desolate, and the animals of the field will multiply against you. But little by little I will drive them out from before you, until you are fruitful. Then you will possess the land. I will set your border from the Sea of Reeds to the sea of the Philistines, and from the wilderness to the Euphrates River. For I will deliver the inhabitants of the land into your hand, and you are to drive them out before you. Make no covenant with them or with their gods. They must not dwell in your land and cause you to sin against Me, for if you worship their gods, they will be a snare to you.”

It’s safe to say that people who love Israel want the Jewish homeland to be safe and secure and Israel’s enemies to be scattered. Today. Now! But God’s wisdom is infinitely greater than our own, and all of the blessing and favor promised to Israel is being realized right before our eyes, little by little.

Perhaps you feel like you’re facing an uphill battle.

After the verses that promised the victorious conquest of Canaan, YHWH again spoke through his servant Moshe and the people were unanimous, in one accord, promising that all that Adonai says, they would do. They promised to obey. Sadly, we know humans fall short on their promises, and a Messiah would be needed to save them from their own undoing just as all of us fail to measure up even to promises we make to ourselves! We promise to change. We convince ourselves we will do better next time. But do we? Sometimes. But definitely not always. How great is our need for a Savior! Praise Adonai that He sent His Son, Messiah Yeshua, Jesus the Christ, to save us from so much sin.

The LORD had given so much instruction and law, rules for the people to abide by in order to ensure a positive and ongoing relationship with their Creator and also to establish and ensure a righteous community. There was so much to absorb, so the LORD made it succinct. The 10 Words, or Commandments, would be given to the people, encompassing the heart of Torah. They were written on tablets of stone. Aren’t you grateful His Word is now written on the tablets of our hearts? His Spirit lives inside of us, when we surrender to Him!

3 thoughts on “The increase of Israel’s border, little by little”