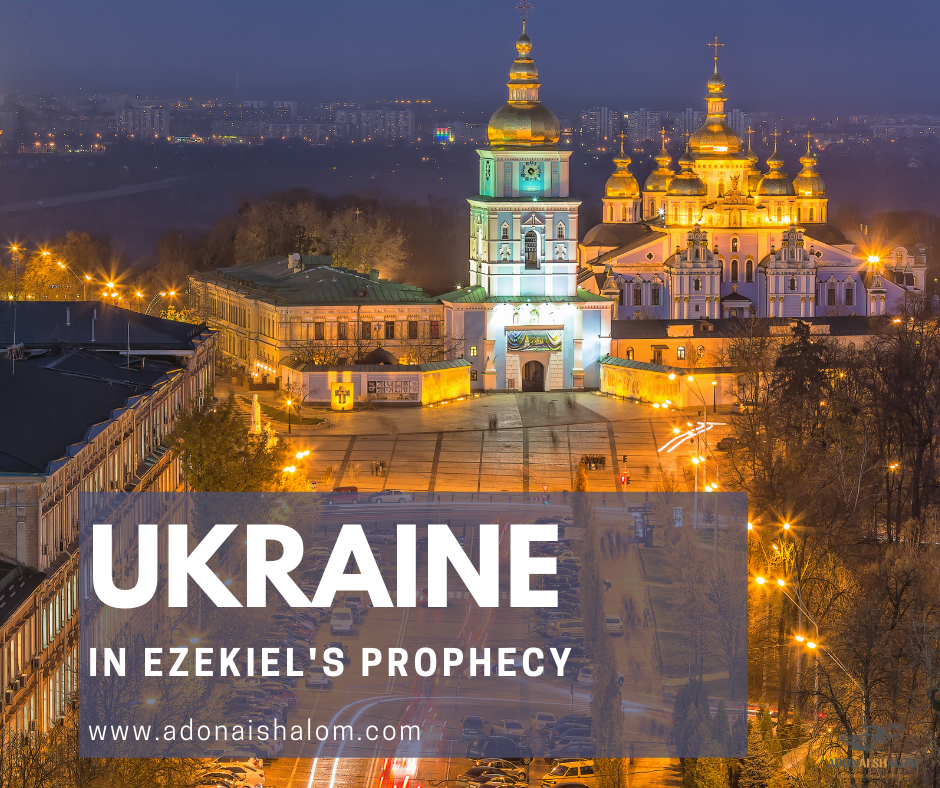 Ezekiel 38 & 39 describe an invasion from the north

“You will come from your place out of the extreme north—you and many peoples with you, all of them riding on horses, a great company and mighty army. You will come up against My people Israel like a cloud covering the land. It will happen in the last days. I will bring you against My land, so that the nations may know Me—when I am sanctified through you, Gog, before their eyes.’” Ezekiel 38:15-16 (emphasis added)

The invasion of Ukraine under orders from the President of Russia has raised many questions as to whether or not these current events relate to Ezekiel‘s prophecies.

Who is Gog? And Magog?

“The word of ADONAI came to me saying: ‘Son of man, set your face toward Gog of the land of Magog, chief prince of Meshech and Tubal.'” Ezekiel 38:1-2a

Scripture does not give many details about Gog, but it is clear that Gog is allied with Magog. The Bible does not specifically state that Gog is the leader of Russia. However, most scholars reasonably interpret Gog as Russian due to Ezekiel’s prophetic declaration that Gog would come from the “extreme north.”

Gog is the ancient name for an historical king who was a foe of Israel. According to Tyndale’s Old Testament Commentary on Ezekiel by John B. Taylor, it is most probable that Gog was Gyges of Lydia (a portion of modern day Turkey). However, scholars do not have consensus as to his exact historic identity. Everyone can agree, though, that Gog makes unholy alliances serving hasatan‘s (satan’s) evil purposes.

The reputable Josephus wrote about Magog and the Scythians: “Magog founded those that from him were named Magogites, but who are by the Greeks called Scythians” (Josephus, The Antiquities of the Jews, 1.6.1; emphasis added).

You may recall from history class that the Scythians were nomadic Iranians. Their tribes spread as far as Mongolia, Siberia and Ukraine. If you take out a map and look at the amount of terrain they covered, you will be astounded.

If Ukraine is part of this future alliance, it would seem to suggest that sooner or later, Ukraine will indeed fall to Russia and will eventually adopt the spirit of Gog’s hostile attitude toward Israel.

The invasion of Crimea was a precursor to all of this, as that region is now also under Russian rule.

The spirit of gog at work

Indeed, the spirit of Gog continues to be at work in our modern world.

Remember, Gog is prophesied by Ezekiel to “come up against” the LORD’s “people Israel” like a “cloud covering the land.”

The Russian President has chosen to invade Ukraine. Are you aware that Ukraine’s President Volodymyr Zelenskyy is Jewish? According to the Jerusalem Channel, President Zelenskyy is the grandson of a Holocaust survivor. Ukraine has a long history of being home to many Jewish families.

Russia – Gog – is coming against the LORD’s people Israel. Gog has come in with tanks and missiles like a cloud covering the land. In the future, Gog will attack the nation of Israel.

End-time battle against the nation of Israel

“When the thousand years has ended, satan shall be released from his prison, and he shall come out to deceive the nations at the four corners of the earth, Gog and Magog, to gather them for the battle. Their number is like the sand of the sea. And they came up on the broad plain of the earth and surrounded the camp of the kedoshim (the saints) and the beloved city – but fire fell from heaven and consumed them.” Revelation 20:7-9

As you can see, Gog will remain an integral part of satan’s team even until armageddon. The Good News is, when Jerusalem is besieged for the last time, Gog will be no more.

Ezekiel has prophesied these events and we are seeing them come to pass.

Look straight at the enemy and do not fear

Did you notice in Ezekiel 38:2 the LORD tells Ezekiel to set his face toward Gog?

Ezekiel is to stand firm and look at the reality of Gog’s ambitions. Gog devises evil in his heart to invade the unwalled villages and the quiet people living securely. The prophet is told to prophesy against him that God the Most High will “put hooks into [their] jaws.”

Yikes. It is a lot of violence. But the LORD’s people are to confront evil and remain strong in their faith. We are not to look away. We are to look forward and look toward the enemy, recognizing that victory will come.

The LORD says the purpose of all of this is “I will make Myself known in the eyes of many nations, and they will know that I am ADONAI.” (Ezekiel 38:23).

Meanwhile, while the war in Ukraine is so hard to watch, we must pray for all of the innocent families and especially the children. We must remain confident in the LORD.

The LORD’s people are to confront evil and be strong in their faith.

“Though an army camp besieges me, my heart will not fear.
Though war breaks out against me, even then will I be confident.” Psalm 27:3

We pray for a Purim victory. That Haman’s plan would fail and God’s people would prevail!

Please pray for the people of Ukraine. I hope that through Biblical prophecy, you can find hope that even when it doesn’t seem like it, the LORD is in control and there is hope. Please leave a comment so we know you are praying with us and we can pray for you, too!

11 thoughts on “Ukraine in Ezekiel’s prophecy”