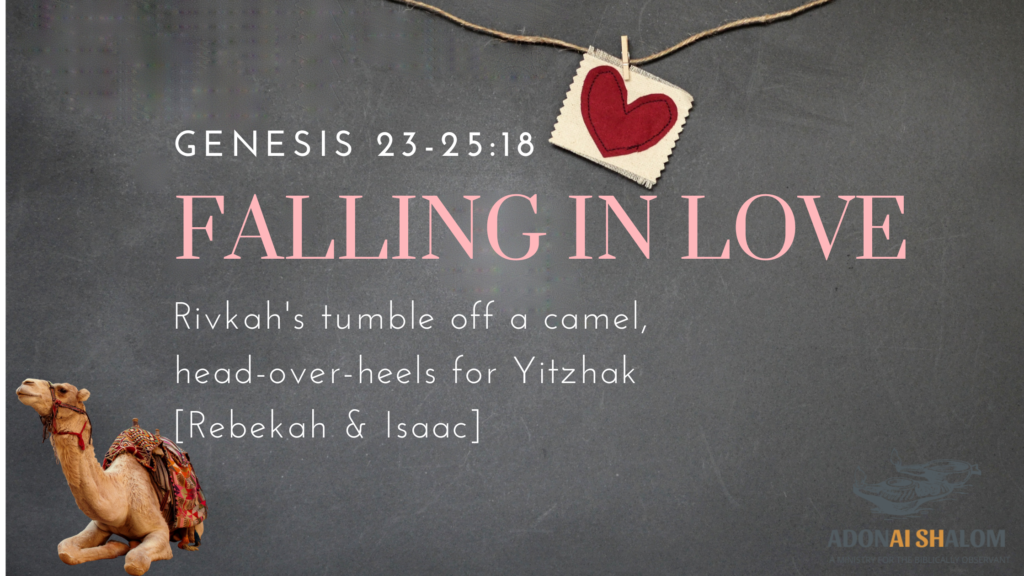 When I first met my husband, we didn’t even speak the same language!

We met at church, but I was part of the English-speaking ministry, and he, the Spanish-speaking. I would attend the Spanish language services from time to time to support the work they were doing, but I honestly did not understand much of anything.

I could decipher a few words here and there because I had studied French. (I had traveled to France and become quite fluent. I even minored in French in college.)

Yes, I did all of that work to marry a man who speaks Spanish.

I guess I missed the mark on hearing from God when we were selecting a foreign language to learn in the seventh grade. 😉

A man of God

Some of the sisters and brothers at the church had told me there was a young man in the Spanish congregation who was praying for me. They told me this guy would be my “prince.”

I told them they were crazy. It was sounding like an arranged marriage! I insisted that I didn’t speak Spanish, and that they should tell the poor fellow to find someone else!

Well, little did I know, this very good-looking young man really was praying for me.

He spent 6 months praying and fasting to seek God about whether or not I was to be his wife.

For those 6 months, I didn’t even know who he was! Apparently, he had seen me in a worship service and decided I was the one for him. (aww!)

He and several of the brothers in the church had agreed in prayer that if I was indeed to be his wife, the confirmation would be that I would begin to speak Spanish. I didn’t know about any of these plans about me until many months later.

So one day, these “godly conspirators” introduced me to my now-husband.

Though I could not speak his language, I could see the anointing of the LORD in his eyes, and I knew I was going to marry that handsome man.

Through interpreters, he asked me to go out to eat with him at a local Mexican restaurant.

An interpreter from the church accompanied us on all our first dates!

So we were very well-chaperoned!

I prayed and asked the Holy Spirit (Ruach haKodesh) to teach me the Spanish language. I had learned French without much difficulty, and I spoke the heavenly language given to me by the Spirit, so I knew I was not asking too much.

Within two weeks, I was forming sentences in Spanish, and by 3 months, I was completely fluent in the language.

Love is a great motivator! 🙂

We were married that year and this year we celebrated 15 years of marriage!

When you met your future spouse, was it love at first sight?

Did you have the deer-in-the-headlights look going on?

Did you develop two left feet and trip every time your honey glanced in your direction?

Rivkah (Rebekah) sure did.

When Rivkah (Rebekah) saw Yitzhak (Isaac) for the first time, it was love at first sight.

She fell so head-over-heels in love with him that she fell right off her camel!

In fact, if you are looking for a sweet romantic comedy, you really need look no further than this love story in Genesis 24.

The Bible often gets a bad rap! Antagonistic people falsely characterize believers as uptight and rigid, lacking in humor. Having not read the Bible for themselves, these types of people ignorantly assume that the Bible is boring and irrelevant. But the Bible isn’t boring at all!

Abraham sent his servant to find a young maiden for his precious son, Yitzhak (Isaac) to love and marry. This servant managed Abraham’s wealth and was the oldest of the household, so he would have known Abraham’s preferences very well. Abraham obligated his servant to promise, by oath, that he would not find him a Canaanite woman (Genesis 24:3).

The servant wisely sought the LORD about the matter (Genesis 24:12-14) and requested a sign as confirmation that the young woman was the one for Yitzhak (Isaac): the young woman would draw water and grant a drink to the servant as well as to his camels.

Before the servant had even finished his prayer of supplication, Rivkah (Rebekah) appeared with her water jar and proceeded to fulfill that which was proposed as a confirmation.

It is worth noting (especially because the culture was very patriarchal) that Rivkah’s family told the servant that they wanted to ask Rivkah’s opinion (Genesis 24:57-58). She was not forced into an arranged marriage. She freely elected to go despite her young age. Her family blessed her with their love and also Abraham’s servants before they departed (Genesis 24:60).

The Power of Prayer

Prayer is key in this passage. Abraham had demonstrated great faith, his servant was a praying man, Rivkah’s family prayed and blessed them, and then we find Yitzhak (Isaac) praying in meditation when the caravan arrived (Genesis 24:63).

The Bible says that Yitzhak lifted his eyes and saw the camels coming.

The Promise to Abraham would be fulfilled, beginning with the love story of Yitzhak and Rivkah

The LORD had promised Abraham that he would make his descendants as numerous as the stars in the sky and the sand by the seashore. (Genesis 22:17) That promise began its fulfillment with the marriage of Yitzhak and Rivkah.

What has the LORD promised to you?

The Bible contains promises that apply to your life, too!

When you seek the LORD and love Him with all your heart, He will speak to you and reveal those promises to you.

Repent, believe in Messiah Yeshua (Jesus Christ our LORD), be baptized, and be filled with the Ruach haKodesh (the Holy Spirit)! As a child of God, by the mercy of our Savior, you are humbly entitled to the richness of His promises:

“For the promise is for you and your children, and for all who are far away—as many as ADONAI our God calls to Himself.” Acts 2:39

Would you like to share what God has spoken into your life? What promise of God particularly blesses and encourages you? Please leave a comment below!

3 thoughts on “Falling in love: Rivkah’s tumble off a camel, head-over-heels for Yitzhak [Rebekah & Isaac]” 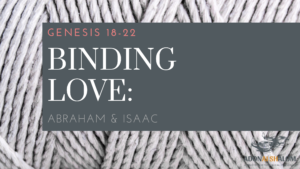 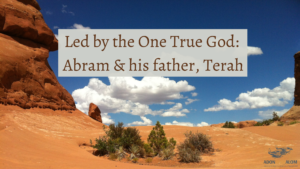 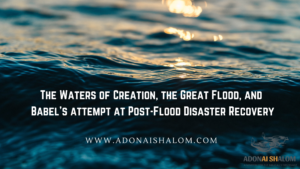 The Waters of Creation, the Great Flood, & Babel’s attempt at Post-Flood Disaster Recovery 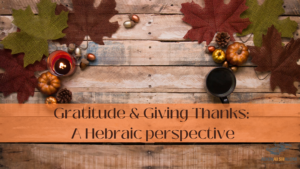 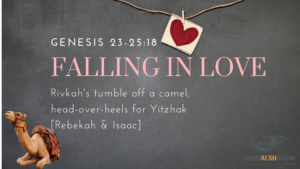