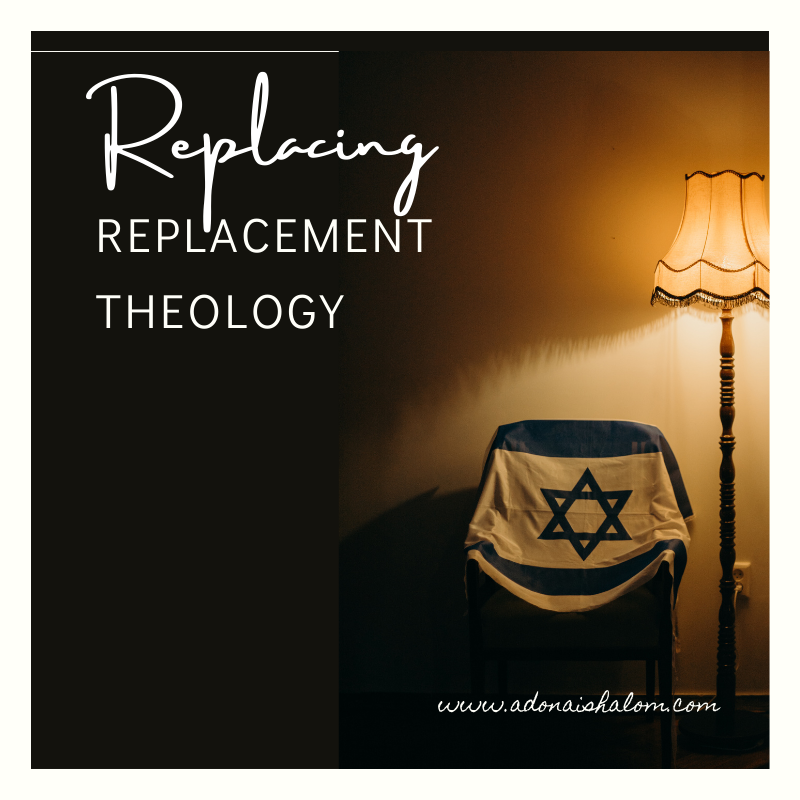 The Church and Israel

Believers have commonly been taught that there is a stark contrast between “the Church” and “Israel.” Unfortunately, centuries of bad theology have led to unnecessary division in the body of Messiah.

the “Church” was seen as the “sanctified,” “free,” “mostly-Gentile,” “new,” “grace-based” non-religion (though “religion” it was and has been).

This dichotomy has created a needless split between most of Judaism and modern Christianity.

When the Roman Empire became Catholicized, the Catholic religion became the institutional norm. For a time, religious persecution was paused. Catholicism grew in power due to its unity with the empire’s leadership. It was then not in the Catholic Church’s best interest to identify their religion with Israel because they would be forced to acquiesce, at least in part, to Jewish leadership. Working with the Sanhedrin would have presented challenges of its own, as obviously Israel’s leadership did not want to recognize Yeshua of Nazareth as the Messiah of Israel, but perhaps such a sharp breech from a Hebraic understanding of the Scriptures to a very Constantinian one wouldn’t have occurred so dramatically without the overarching influence of Catholicism.

Protestant congregations have likewise largely continued the distancing from the writings of the Hebrew Scriptures by claiming that there is a “new” group or, “elect,” who many erroneously preach have replaced Israel. This is known as “replacement theology.”

It boils down to a lack of understanding of this Greek word: ekklesia.

This word is usually translated as “church.”

In fact, in many modern languages we can see a close relationship to the Greek term. Ekklesia becomes “iglesia” in Spanish, “igreja” in Portuguese, église in French, all contributing to the now-global confusion amongst “church” goers and followers of Jesus (Yeshua). Deficient, though well-intentioned, translations have left out the nuance offered by a broader term: “assembly.”

Should “ekklesia” be translated as “church” or “assembly?”

Strong’s Exhaustive concordance, a source relied upon by laity and scholars alike, describes the Greek noun “ἐκκλησία” (“ekklesia”) as meaning “an assembly” or a “congregation.” Strong’s is based on the King James Version of the Bible (KJV), so the English Christian culture influenced the usage of the term, despite Strong’s clear acknowledgement that the word can rightly be translated as “assembly” (notably inclusive of a Jewish assembly). According to Blue Letter Bible, the KJV translates “ekklesia” as “church” 115 times, and translates this same word “ekklesia” as “assembly” only 3 times!

From a compound of ek and a derivative of kaleo; a calling out, i.e. (concretely) a popular meeting, especially a religious congregation (Jewish synagogue, or Christian community of members on earth or saints in heaven or both) — assembly, church.

It must be acknowledged then, that the inherent biases in Westernized Christian translation, while perhaps well-meaning, have robbed the very “church” being defined of its truly Judaic heritage. Today, a vast number of Christian believers hold onto “replacement theology” (supersessionism) which actually deprives them of their own beautiful heritage as grafted-in members of the spiritual household of Israel.

Disjointedness in the presentation of Gospel Truth

A well-known verse is usually translated this way:

“And I also say to you that you are Peter, and on this rock I will build My church, and the gates of Hades shall not prevail against it.”

The Catholic Church grasps onto this verse as a prooftext for their claims that Peter was to be pope and provides a basis for the manmade doctrine of papal succession. Peter was instrumental as a pioneer of the faith and preacher of the message of salvation, but no where in Scripture does the Messiah institute the papacy.

A shift in understanding

Renderings of “ekklesia” as “church” like this familiar one in Matthew have produced generations of disjointedness in the presentation of the Gospel truth. It might not seem like a drastic change, but if the word “assembly” were inserted for “church” a shift in understanding begins to take place.

“And I also say to you that you are Peter, and on this rock I will build My [assembly], and the gates of Hades shall not prevail against it.”

The continuity becomes more apparent if it is acknowledged that “assembly” is also translated as “congregation” throughout the “Old Testament” (Hebrew Scriptures). The assembly of the righteous would be preserved upon the firm foundation provided by the Chief Cornerstone, the Messiah and that same assembly would continue into the New Covenant. The Hebrew word “qahal” (קָהֵל) which means “congregation” or “assembly” becomes “ekklesia” in the Septuagint (the LXX or Greek translation of the Scriptures). That being the case, all instances and uses of “ekklesia” in Scripture should unite, rather than divide, the modern “church” with the Hebrew community we know today as Israel.

Furthermore, the Greek term, “oikodoméō,” translated as “built” can also be accurately translated as “rebuilt” or “strengthened,” suggesting the “congregation” of Israel could be renewed, revived, and strengthened through the ongoing revelation of the salvific truth found in Messiah.

As much as I generally like the Tree of Life Version’s Bible translation because of its aim to restore the Jewishness back to the Scriptures, I find the TLV’s translation a bit weak on this particular verse:

And I also tell you that you are Peter, and upon this rock I will build My community; and the gates of Sheol will not overpower it.

While a congregation certainly is a “community,” the divine connotation that is associated with a “congregation” disappears with such a neutral term like “community.” However, the term “community” may still be preferential in that it does not carry with it the baggage associated with most of today’s churches.

That is our given language.

But if we want to really understand this Jesus, we might want to start by thinking about His characteristics when He walked on this earth. He was a Middle Eastern Jew, not the blonde hair, blue-eyed image that still hangs on many European American church walls. His parents would have called Him by His Hebrew name, “Yeshua.” As the Messiah of Israel, Yeshua didn’t come to Israel to start a completely new “religion.” The point of waiting for a Messiah was that Israel was to be restored, right?

Believers are now part of Israel

Yeshua the King of Israel went above and beyond, of course, because not only did He restore Israel, He welcomed those outside of Israel to join, if they would only repent and come in.

If you are a believer, you are part of Israel!

At that time you were separate from Messiah, excluded from the commonwealth of Israel and strangers to the covenants of promise, having no hope and without God in the world. But now in Messiah Yeshua, you who once were far off have been brought near by the blood of the Messiah. For He is our shalom, the One who made the two into one and broke down the middle wall of separation.

What then, shall we do? Can replacement theology be “replaced?” Yes, but it will take a lot of effort, and probably on a grassroots-like level. As individuals, and then slowly, entire assemblies begin to re-awaken to the Hebrew roots of their faith, there will be healing between Jews and Gentiles, a prayer of so many including Messiah Yeshua – that we may all be One.

Did you appreciate this teaching? Would you be interested in receiving further teachings and studies straight to your inbox? Please join our email list and/or leave a comment below!

2 thoughts on “Replacing replacement theology: is the church the “New” Israel?”