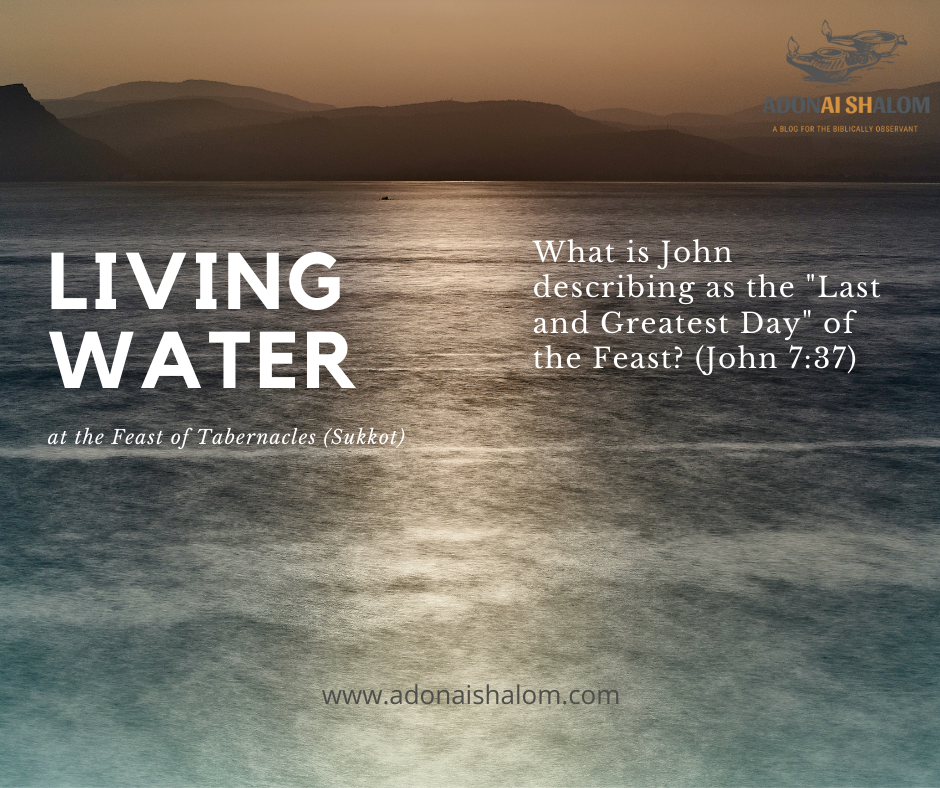 I’ve been posting on preparations for the Feast of Tabernacles (Sukkot) which involves plenty of fun, but today, I’d like to return to the spiritual side of things. That said, I do want to encourage you: if you have never built a sukkah in your backyard, may this be the year! The best way to understand something is by doing, by participating, so if you want to gain a deeper understanding of how our Savior lived and understand the truly impactful things that He said and taught, gaining a solid understanding of what Sukkot is and how it has been celebrated will increase your own Biblical comprehension and give you much greater spiritual revelation.

The Significance of John 7:37

“On the last and greatest day of the Feast, Yeshua [Jesus] stood up and cried out loudly, “If anyone is thirsty, let him come to Me and drink. Whoever believes in Me, as the Scripture says, ‘out of his innermost being will flow rivers of living water.’” Now He said this about the Ruach, whom those who trusted in Him were going to receive; for the Ruach was not yet given, since Yeshua was not yet glorified. When they heard these words, some of the crowd said, “This man really is the Prophet.” Others were saying, “This is the Messiah.” John 7:37-41a

The “Last and Greatest Day of the Feast” described by John refers to Hoshana Rabbah, a special day at the ending of Sukkot, the Feast of Tabernacles.

You may recognize the word, “Hoshana” in that term, Hoshana Rabba. We get the term “Hosanna” from this, a pleading for the Holy One to “please save.” It has an emphatic tone in Hebrew: “Save now!” Hoshiana! It was a special day to plead for salvation.

The Artscroll Siddur (a popular version of the Jewish siddur/prayerbook) contains an interesting prayer for Hoshana Rabbah (p.757, Sukkos) pleading that God would “remove the . . . partition separating” “us from You.” Just prior to this prayer, bundles of lulav and etrog with the requisite myrtle and willow are literally beaten on the ground.

You can begin to see the Messianic significance. Our Savior was beaten for our transgressions; the earth absorbed His precious blood. The veil has been torn. But this is just a glimpse of more to come.

Writings in the Talmud and even Josephus describe Sukkot in historical terms, giving full credibility that Sukkot was indeed celebrated every year. The Talmud and Rabbi Akiva, the prominent 1st century Jewish rabbi, describe the water libations that were part of the Feast of Tabernacle services every year. The historical record gives us an idea of what every Jewish family would have been accustomed to during the yearly feast. While the water ceremony was not established by Torah, there is evidence in the Tanakh that the pouring of water had become part of the Sukkot tradition to demonstrate gratitude for rain at least as far back as the time of Zechariah, or soon after, as the prophet definitely references it. The feast lasted either 7 or 8 days (there is some controversy on how long it actually lasted), but what is certain is that Hoshana Rabbah was an exuberant gathering.

Water was drawn from the Pool of Siloam, brought to the Temple, poured on the altar, and berakhot (blessings) were said, thanking the LORD Most High for rain. That same pool of water would be the site where the blind man was healed and Messiah’s healing ministry would expand.

The waters would cleanse, purify, and usher in a new reality. The Messiah had come, was standing before them, and He would fill those who believed in Him with His Living Water.

Zechariah warns the nations who do not participate in the Feast of Tabernacles that they will not have rain:

The people gathered would have been expecting to see the synagogue leaders circling the altar 7 times and they were used to watching the outpouring of water. But they would not have been expecting the Rabbi from Nazareth to declare that He is the source of all Water! His words reveal that He is One with the Creator! And not just any old water, Living Water!

I like the way that Leon Morris succinctly describes this:

“In words reminiscent of those in [John]4:10, Jesus gives the invitation to the thirsty to come to [H]im and drink. There is the implication that the thirsty soul will find that Jesus fills the need that cannot be supplied elsewhere. The appropriateness of the words at this feast is that, throughout the seven days, libations were made in the Temple with water brought from the pool of Siloam (Sukkot.4:9), but on the eighth day no water was poured, and this would make Jesus’ claim all the more impressive.”

Our Messiah came to dwell with us – to tabernacle with us. The Feast of Tabernacles is so rich in meaning and this post just scratches the surface, but I hope you gained a new perspective. Sukkot is such a special time for the people of God, and I invite you to celebrate it this year! If you do, you will be part of a worldwide dress rehearsal, because Scripture indicates future celebrations of this joyous feast! May you be filled with Living Water and equipped to testify to the nations!

3 thoughts on “Living Water at the Feast of Tabernacles: exploring John 7” 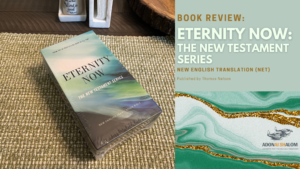 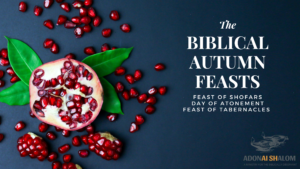 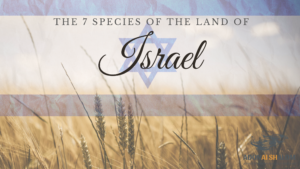 The 7 species of the land of Israel 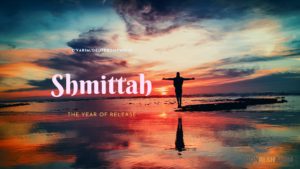 Shmittah: The Year of Release

The 7 species of the land of Israel