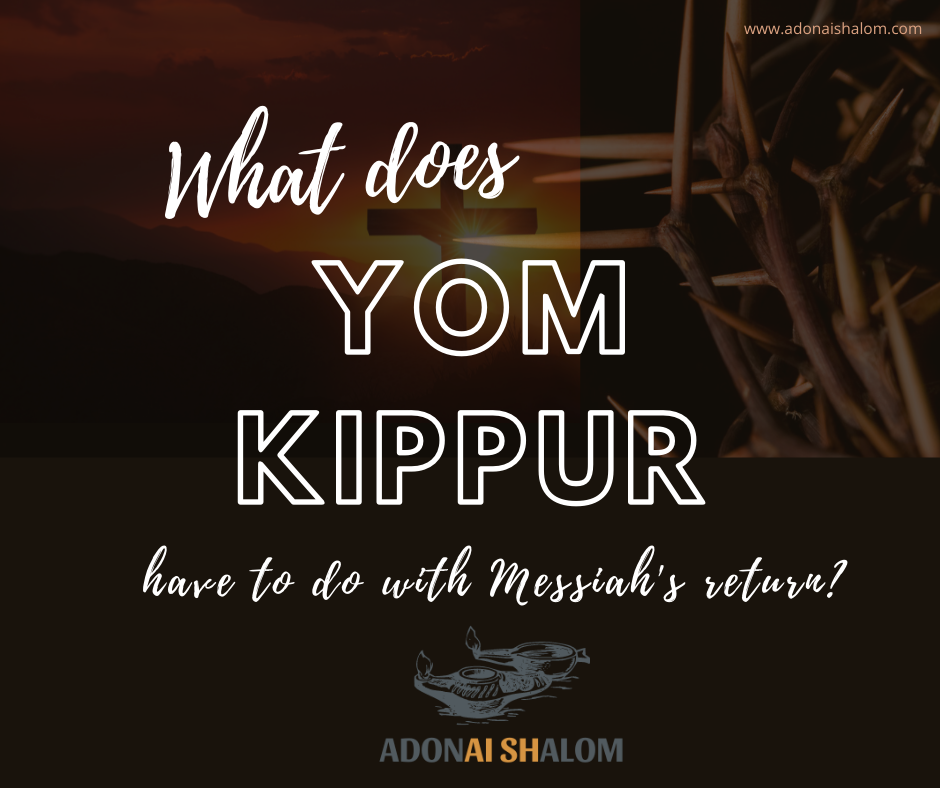 What would it be like to experience forgiveness . . . only one time a year?

If you know anything about the Jewish holy days (Biblical feast days), you may know that Yom Kippur is the Day of Atonement. Strict repentance and special rituals had to be completed (as outlined in Leviticus 16 and Leviticus 23) in order for the Israelites to – yearly – receive forgiveness. It has been traditionally believed that the names of the forgiven are written in the Book of Life on Rosh Hashanah/Yom Teruah, and sealed for the year on Yom Kippur.

The pressure must have felt intense. The fear of missing the mark could have been debilitating.

And definitely hungry. (It is a day of fasting!)

There was an element of hope, though. Yom (Hebrew for “day“) Kippur (Hebrew for “atonement”) was considered the most Holy day of the year because the High Priest would enter the Holy of Holies to conduct the requirements for atonement on behalf of the nation of Israel.

Every year, the ceremony was to be repeated, a rehearsal for a future spiritual reality.

Besides prayer, song, and worship, the shofar is sounded, both to bring the assembly together and serves as an alarm of proclamation.

Messiah Yeshua (Jesus), God’s Son, came to earth to serve as the atoning sacrifice for our sins – once and for all.

Now, instead of a yearly propitiation, forgiveness became available to all who would put their trust in Him and follow His Way.

Interestingly enough, the observance of Yom Kippur changed quite drastically after Messiah’s resurrection and the prophesied destruction of the Temple in 70AD. Now, the day no longer centers on animal sacrifices.

Isn’t it intriguing that today’s not-yet-believing Jews have to wrestle with this reality?

Many who refuse to accept that Yeshua (Jesus) is indeed the Messiah have to accept that the sacrificial element of Yom Kippur was interrupted. Rather than accept substitutionary atonement, I have heard it well-described that truly there are new, man-made “substitutions.” Today, in the place of the now-absent Yom Kippur sacrifice, there is a great emphasis throughout the High Holy Days on teshuvah (repentance) and liturgical prayer or davening. While there is certainly nothing wrong with intentional reflective times and repentance, and nothing wrong with praying and seeking God, the point of the Atonement of Yeshua is what He has done, not what we can accomplish, because truly without Him we can accomplish no-thing.

Should Christians fast on Yom Kippur?

I personally believe that followers of the Savior ought to fast in solidarity with the God’s chosen people of Israel. It is my opinion that those of us who have experienced redemption and the ongoing, everlasting, merciful, abundant forgiveness of our loving Messiah ought to spend some extra time on Yom Kippur fasting and praying for those who are in Yom Kippur services and yet do not yet understand that their Messiah has already come and is coming back soon. Fast and pray, not out of obligation, but out of love for Israel.

Yom Kippur and the Coming Reign of Messiah

There are many Messianic prophecies in the Bible, but what is found in Zechariah 12 in particular regarding mourning (i.e. genuine, travailing repentance) is very much related to Yom Kippur. We know that Messiah Yeshua will come back after the time of the tribulation and wicked nations will be about to attack Jerusalem. Adonai Tzva’ot will handle it: “It will happen in that day that I will seek to destroy all the nations that come against Jerusalem” (Zech.12:9). It will be a troubling time and two out of three inhabitants of the land won’t survive all that occurs. One third will remain, and will call upon the Name of the Lord, and He will answer them, as He always does.

This third I will bring through the fire.
I will refine them as silver is refined,
and will test them as gold is tested.
They will call on My Name
and I will answer them.
I will say, ‘They are My people,’
and they will answer, ‘ADONAI is my God.’

Some of the text in Zechariah 12-14 can be complex, but the important detail that you must not overlook is the glorious fact that Yeshua Himself will save Jerusalem!

Then ADONAI will go forth and fight against those nations as He fights in a day of battle. In that day His feet will stand on the Mount of Olives which lies to the east of Jerusalem, and the Mount of Olives will be split in two from east to west, forming a huge valley. Half of the mountain will move toward the north and half of it toward the south. Then you will flee through My mountain valley because the mountain valley will reach to Azel. Yes, you will flee like you fled from the earthquake in the days of King Uzziah of Judah. Then ADONAI my God will come and all the kedoshim with Him. In that day there will be no light, cold or frost. It will be a day known only to ADONAI neither day nor night—even in the evening time there will be light.  Moreover, in that day living waters will flow from Jerusalem, half toward the eastern sea and half toward the western sea, both in the summer and in the winter. ADONAI will then be King over all the earth. In that day ADONAI will be Echad and His Name Echad.

The vivid descriptions of the end of days in Matthew 24 and in other passages use imagery that relates to the Biblical feasts of Rosh Hashanah and Yom Kippur. A “Great Shofar” will sound, just like the Shofar HaGadol used for Yom Kippur services.

“He will send out His angels with a great shofar, and they will gather together His chosen from the four winds, from one end of heaven to the other.”

It will be the inauguration of Messiah Yeshua, ben Elohim, ben David, ben Adam ruling New Jerusalem as King as He reigns during the Messianic age! We gain a much richer depth of understanding when we realize that the feasts outlined in Scripture are intended to very clearly show us what is to come and give us great hope in which to anchor our faith. Much of the “future” spiritual reality is very much an already-present reality – so rest in Him and enjoy life in abundance!

May you and your family enjoy the fall feasts together as we eagerly await the triumphant return of our Savior, Messiah Yeshua!

Do you have questions about the fall feasts? Leave a comment, and we will be happy to do our best to assist you! Shalom!

3 thoughts on “What does Yom Kippur have to do with Messiah’s return?”